China clay is an industrial mineral, which is stratified with silicate mineral. It was originally found in Chinese village and get the name Kaolin and china clay. This clay is soft and earthy in texture, appear white in color and formed during the weathering of aluminum silicate mineral under the earth continental crust. China clay is a low expansion soil and has a less cation-anion exchange property. In many region of countries, it is used in different colors orange, blue, pink, red by mixing it with iron oxide. The clay is widely used in commercial industries and factories as dry powder, semi-dry and liquid slurry which is a mixture of solid metal. 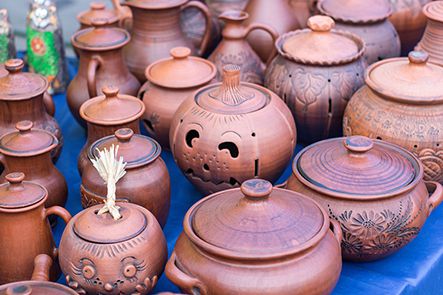 China clay is extensively used in manufacturing of the paper as filling and coating of the processed paper. It is utilized to make the paper as they are sized less than two micrometer in diameter. The clay is mixed with other components such as cellulose, wood and rugs etc. than pressed and dried them to form thin sheet of paper. Further, it is coated on the adhesive surface of the paper to form sleek, bright color and high opacity paper. And also, ensures the same grade of coating on paper. The paper formed with the china clay provides good print- ability and blocks the penetration of ink into the paper.

The ceramic industry use the china clay in processing numerous types of white-ware, porcelain and refractories products. As the, clay is rid of alkaline, alkalies and iron elements and can sustain high fusion temperature are consider good for making of the desirable ceramic material. The clay show the great property of shrinkage, plasticity, solid etc. for processing and firing the ware.

Some More Applications of China Clay